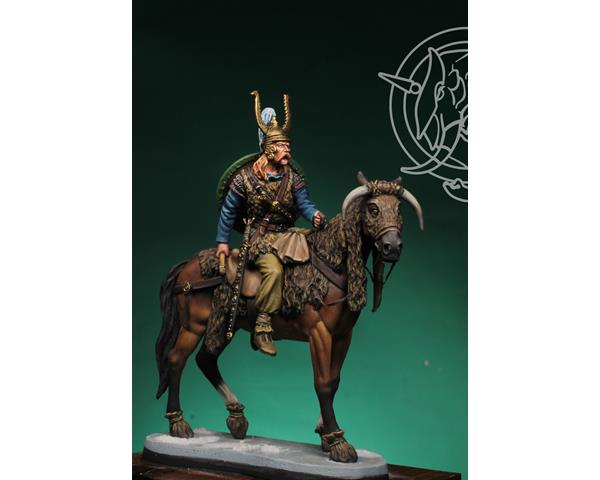 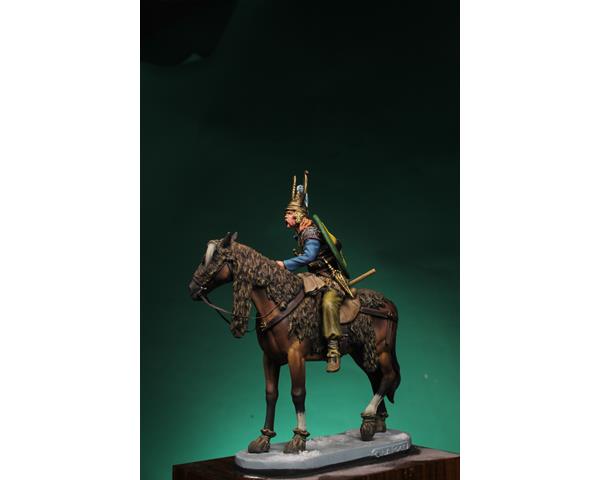 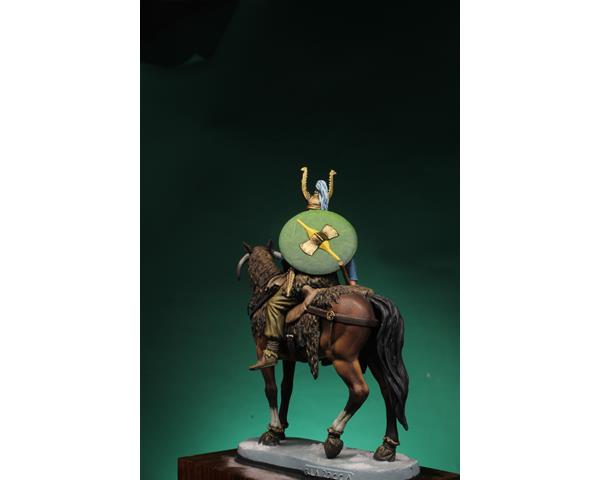 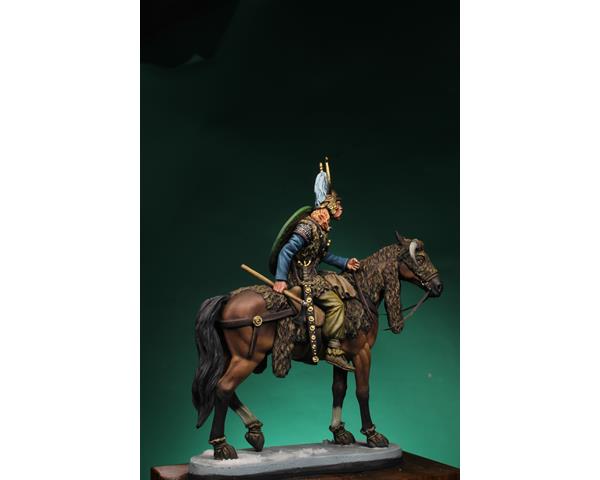 Scale 54mm
This product is supplied unassembled and unpainted. Glue and paints not included.
Sculptor: G.La Rocca - Painter: A. Terzolo
History: To stop Muslim expansion in the Middle East, between the XI and the XIII centuries the Christian states of central and western Europe organised military expeditions that were called Crusades. In 1095 Pope Urban II from the Council of Clermont called the faithful to intervene in the first Crusade, in order to liberate the tomb of Christ in Jerusalem. The occupation of Jerusalem by the Turks, had in fact made the Christian pilgrimages extremely dangerous and difficult. Charities manned by Order of Knights were at that time financed by the Catholic Church. In 1120 at the end of a process of reorganisation begun in 1118, these Order of Knights became military institutions and were constituted by: knights, priests, and serving brethren all captained by a Grand Master directly subordinated to the Pope. The Order of the Hospitallers was one of the most famous, along with the Templars and the Teutonic knights. The Order of the Red Knights of St. John of Jerusalem was founded here in 1070, and since its mission was that of protecting the pilgrims and treating the wounded and ill soldiers it was also called the Hospitallers. They erected a chain of hospitals and castles, the most important of which was the Krak des Chevaliers garrisoned by 200 knights.
The Hospitallers were one of the best fighting forces in the Holy Land, therefore in battle they always occupied the right wing, which was considered a honoured position. In 1113 a papal bull recognised their independence, thus, they were authorized to freely fight to defend their hospitals and castles. By papal decree in 1130, their emblem was established as a white cross on a red background for the flag , and a white cross also on their black cloak. In 1248 the cloak was replaced by a less cumbersome black tunic, with a white cross on the chest. The figurine represents a Brother Knight of the Hospitallers in a battle.