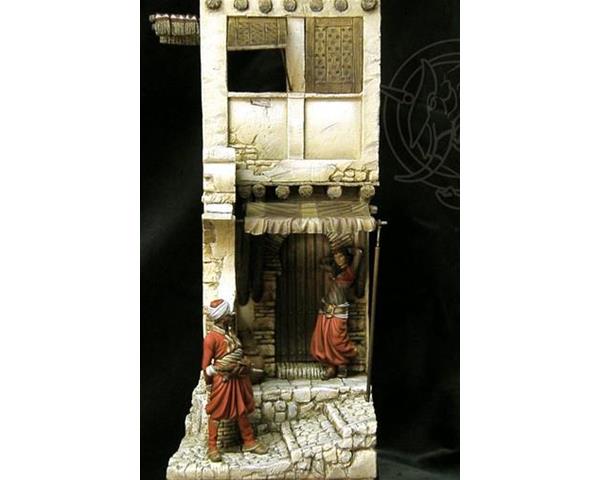 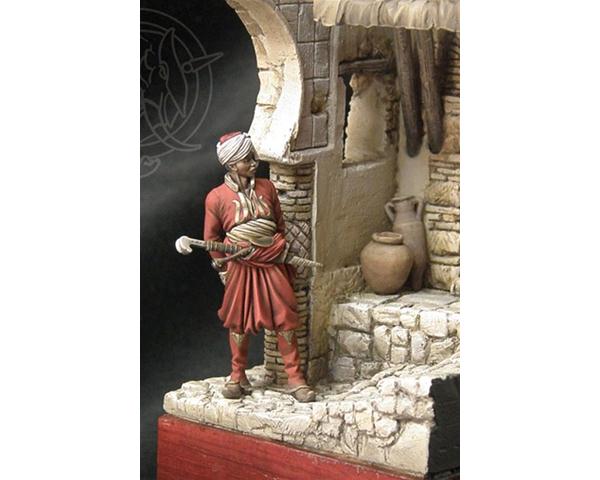 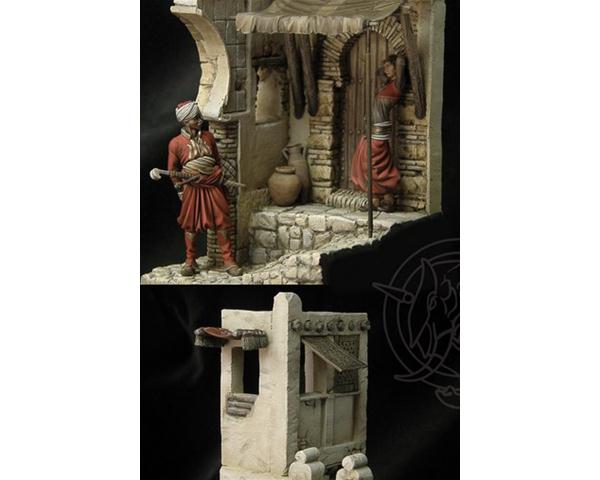 Scale 54mm
This product is supplied unassembled and unpainted. Glue and paints not included.
Sculptor: M. Bruno - Painter:
During the reign of Ottoman Dynasty in the 16th and 17th century, the location of Istanbul, between Europe and Asia made it an important centre of trade. Ships from Europe, Black Sea and Indian Ocean brought goods like drugs, grain, mirrors and furs and many caravans carried them to Middle East. Similarly, caravans from Asia carried silk, tea, spice and porcelain to Istanbul and ships transferred them to Europe. The market was big and many people came to the city as distributors, merchants to sell or buy and some people like magicians, musicians and dancers came to show their skills. They first built small stands on the streets, then expanded into larger open markets named bazaars. A bazaar was an important part of the social life of Istanbul and was full of interesting characters. Our sculptors, inspired by the orientalism of famous French painter Jean-Léon Gérôme, portrayed two colorful characters of Istanbul bazaar in this vignette: a Kavas trying to flirt with a Belly dancer.
Kavas was the municipal police officer of Ottoman Empire who controls streets, shops and bazaars. They maintain the order, check the trade, catch any thieves in the bazaars and take them to the courtyard. They were honest and reliable people and had good relations to the traders. They had typical clothing with a strong dominance of red colour and carried weapons.
Belly dancers, origined mostly from Middle east, were very pretty and charming ladies performing their dances using body language. They were dancing for ordinary people with less payings but always dreaming to dance for Sultan in palace, paid with jewellery, maybe to be a part of his harem.